A beast for exclusive use in circuit

We already talked a long time ago de Tomaso revival, the legendary firm founded in Modena in 1959 by the Argentine, Alejandro De Tomaso. Coinciding w...

We already talked a long time ago de Tomaso revival, the legendary firm founded in Modena in 1959 by the Argentine, Alejandro De Tomaso. Coinciding with the 60th anniversary of its foundation, they launched a supercar that was inspired by the past: the De Tomaso P72. Now it’s the turn of a circuit-only model that shares the same base. Its about De Tomaso P900a radical and exclusive two-seater that will surprise you with its superlative performance.

Maintains that winning formula of carbon fiber monocoque chassis with a bodywork that is also made of carbon and takes suggestive and rounded shapes. It has obvious similarities to the P72, although has been pushed further in aerodynamic terms. The bumpers are bulkier, the air intakes are larger and there are new features. The hood receives a new opening to allow air to pass through, the front splitter flaps are more noticeable and a new spoiler is released at the rear with integrated LED lighting.

The truth is that no images have been shown of the interior, but it is to be imagined that the De Tomaso P900 will be a more spartan two-seater than the P72. Driving will be the main thing and everything will be arranged so that the pilot does not lose attention on the track. After all, it is a responsibility to drive a supercar with so much power. It mounts in a central position an atmospheric V12 engine made by Capricorn, which will be the smallest and lightest block of these characteristics to date with just 220 kg.

Everything indicates that this engine will be ready by 2024 and that it will be capable of developing 900 hp. It will be capable of reaching up to 12,300 rpm, even more than the Gordon Murray T.50, and will be linked to an Xtrac sequential gearbox. With it, the De Tomaso P900 will achieve a weight/power ratio of 1 kg/CV, since its empty weight is 900 kg. Of course, for those who cannot wait that long, there is the option of mounting a V10 from the Benetton B197 Formula 1… 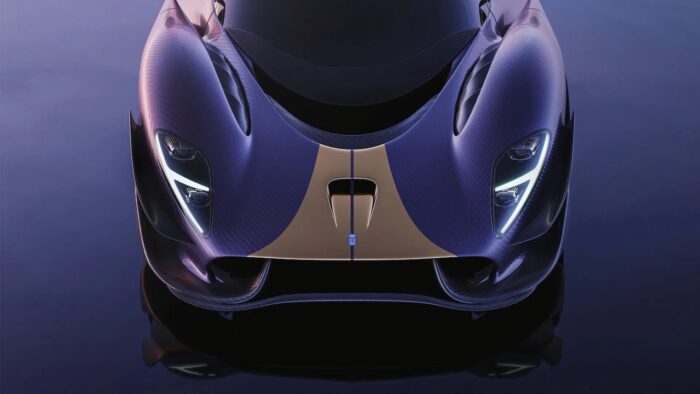 In any case, the final production version of this De Tomaso P900 will make its debut in the summer of 2023. What is announced is that it is a editionlimited to just 18 units. Also that it will be a car not suitable for all audiences or pockets, since a starting price of 3 million euros and its owners will have the brand’s engineers at their disposal to fine-tune it on the track.

Volkswagen ID.5 Pro Performance | Test | Opinions
The Hyundai IONIQ 6 was selected as first in its category.
BMW M3 CS 2023, not so personal, but a lot of fun
Pagani Huayra Codalunga, this is the second of the 5 that will be
Bentley celebrates the R-Continental with a unique edition
BMW M3 CS 2023: passion in saloon format

BEĞEN
TAKİP ET
All the sedans, hatchbacks and coupes arriving in Mexico in 2023
Orlando City, Soccer Club
Will Ferrari be able to compete like this against Red Bull and Mercedes? The “joke” that cools the options of Carlos Sainz and Charles Leclerc
Porsche Vision 357, pays homage to the 356 celebrating 75 years of history
The decision that could change everything for Carlos Sainz: “When I was at Sauber…”
Alfa Romeo confirms they're working on a new EV